Leandre Lachance and his wife Elisabeth have five children, 16 grandchildren and six great-grandchild.

A shrewed businessman involved socially, Léandre has been devoting a major part of his personal time to prayer for many years.

As a businessman, he was the CEO and founder of  “L. Lachance & Associés Inc.” (L. Lachance & Co. Inc.), one of the major insurance brokerage agencies in Québec.

Presently, he is the Managing Director of “Entreprises Lachance Inc.,” (Companies Lachance Inc.), the leading residential construction firm in the Quebec region of Estrie, Canada. 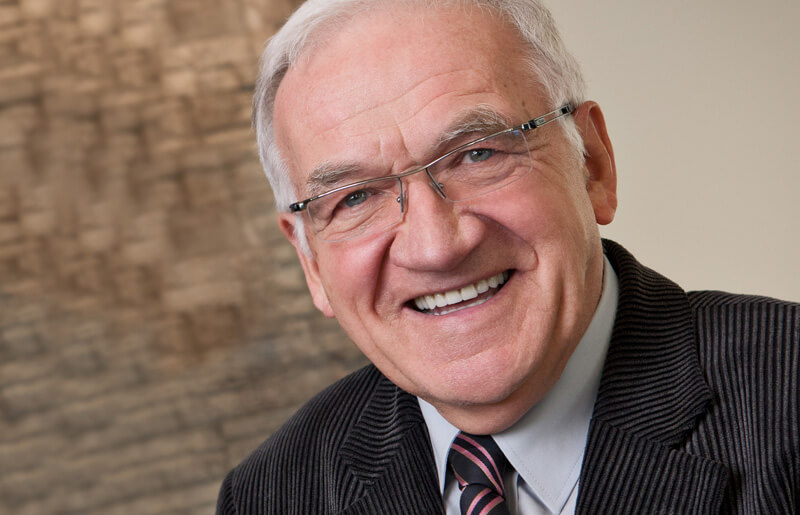 In 1989, at the request of his children, he publishes a first book entitled “FOR THE HAPPINESS OF MY OWN (42 ingredients to reach the summit)”, reissued in 2003.

In 1996, HE WAS INSPIRED TO WRITE. Since then, 3 volumes of “FOR THE HAPPINESS OF MY OWN, MY CHOSEN ONES. JESUS” have been published from 1999 to 2002. Thousands of people witness a transformation experienced by reading and meditating the content of the three volumes.

He also has written 4 other books entitled: 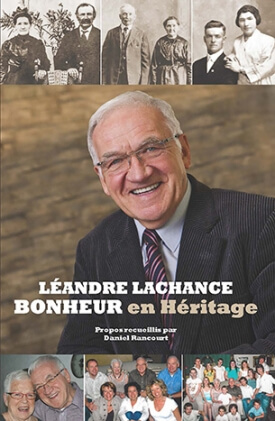 NEW: Léandre Lachance’s biography entitled A Legacy of Happiness was published in 2016.

At the present time, more than a hundred thousand copies of these different volumes are in circulation worldwide, available in nine languages: French, English, Spanish, Italian, Portuguese, German, Latvian, Russian and Hungarian.

In addition, numerous direct by-products of the messages contained in the volumes "For the Happiness of My Own, My Chosen Ones. Jesus" are available such as:

• The songbooks and partitions;

• A nine hour long recording of Leandre Lachance’s tutorings at  the Horeb St-Jacques retreat center in Quebec, Ca., presented in MP3 CD or a pack of five DVDs (available in NTSC or PL version);

• 400 “thoughts”, excerpts from the three volumes (on individual index-cards);

• A book by Thierry Fourchaud:

Leandre Lachance has been spiritually counseled by two priests: Fr. David Ngondo, and presently by the Abbot Guy Giroux.

“I believe to have been inspired to write”, declares Léandre, adding: “I have the conviction that every person who prays and wholeheartedly listens to the Lord receives inspirations “.

The immense Peace that he was filled with was the key confirmation that impelled him to continue writing and subsequently to hold conferences.

He believes that it partakes in the signs of the end of times. We live in a period where grace is overflowing in everyone who attunes oneself to the Holy Spirit.

Since the publication of the first volume in 1999, he has held almost 100 conferences per year, throughout many countries: Canada, France, Switzerland, Germany, Austria, Belgium, Luxemburg, Italy, Lebanon, Latvia, and Yugoslavia.  He also facilitates parochial retreats.

Lire la publication
A community with more than 2.8 millions members

Publications of the Day